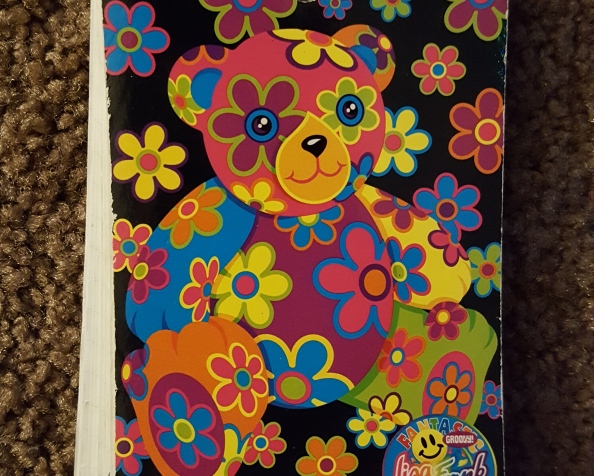 As my second post of 2017 (although it’s coming a bit later than I intended), I thought I would talk about my New-Books-Read list.

Back in 2000, somewhat on a whim, I decided to start keeping a list of the new books that I read that year in this small, cheerfully-psychedelic Lisa Frank notepad: 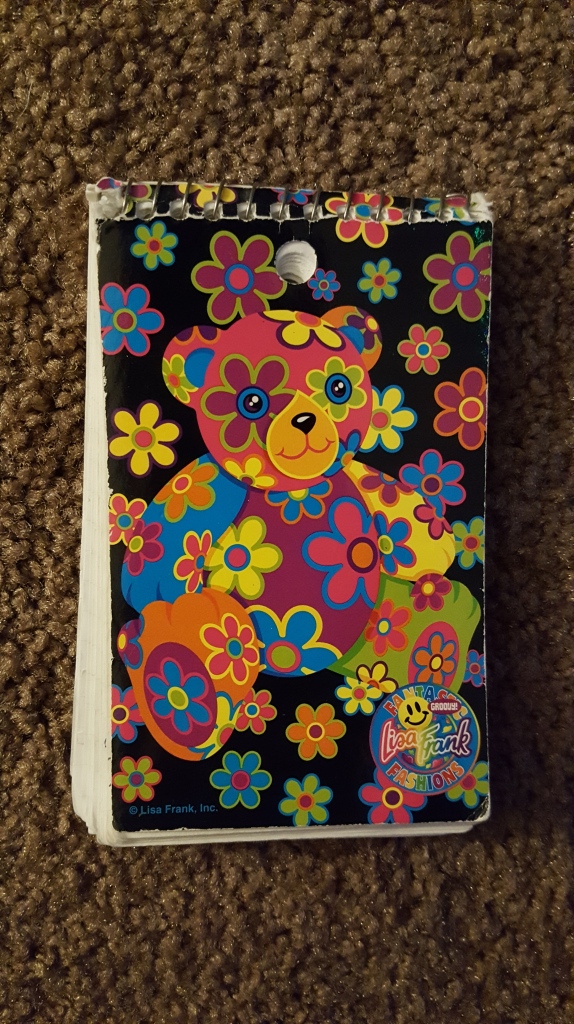 (I can hear you all crying “Oh god, the nineties!” and shielding your eyes.)

The list is just titles, no author names or any other information. My only criteria for adding things were that it had to be an actual book of some sort or another, that I had not read it before (I am an inveterate re-reader of books, sometimes, so I decided not to count those), and that I read all of it. At the end of that first year, I counted up how many titles were on the list (109!), and then flipped the page over to make a “New Books Read Since January 1, 2001,” and continued on. 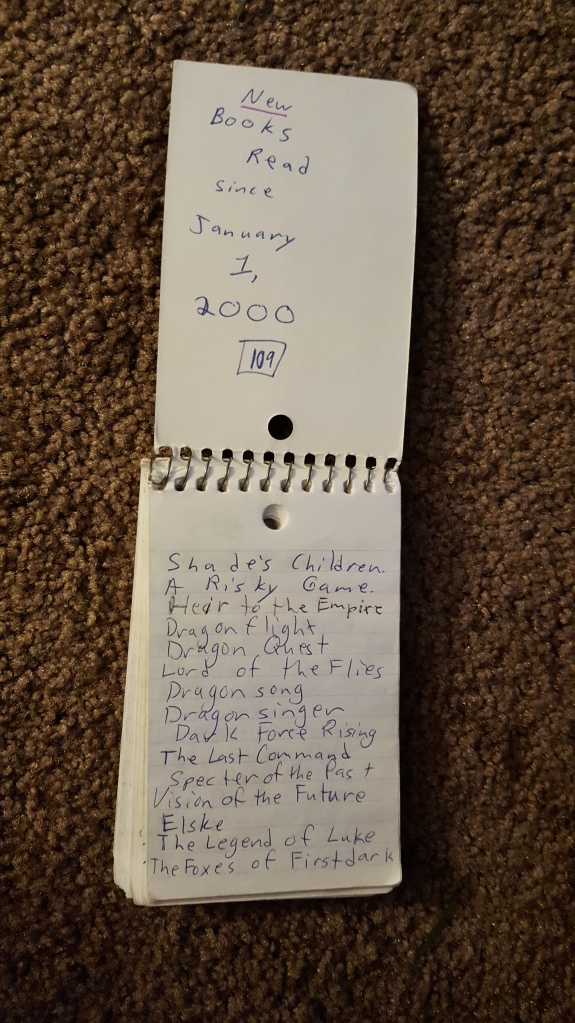 I kept this up for the next 16 years. At the end of 2016, I finally reached the last page of the notebook. 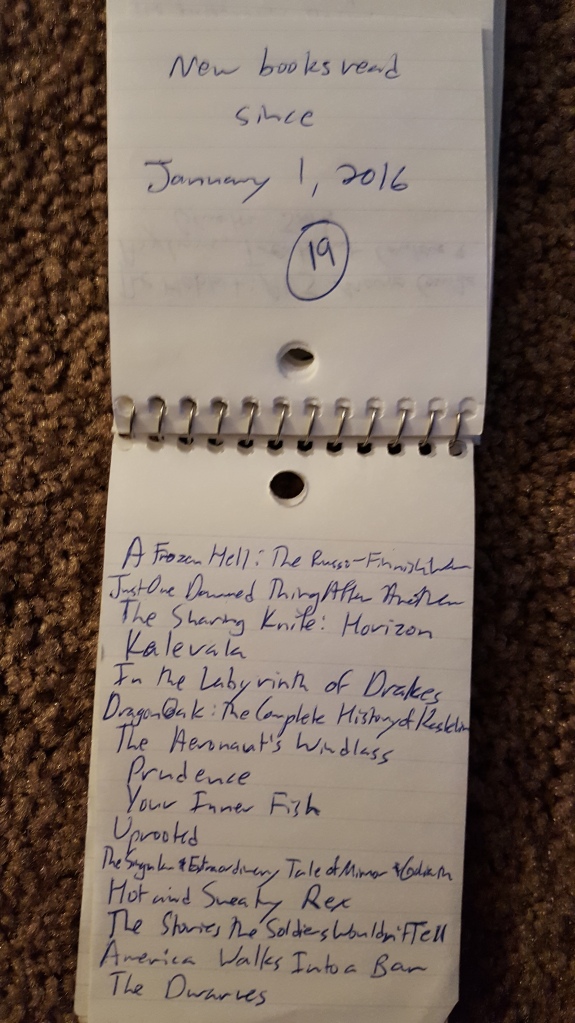 (As you can see, my handwriting has not notably improved. Be glad that you get to read only typed things from me, my handwritten fiction drafts are awful. XD)

Looking through it since then, I ran a few numbers just for kicks:

For those interested, the 2000 list includes all of both the Dragonriders of Pern series (Anne McCaffrey) and all of the Lord Peter Wimsey series (Dorothy Sayers), among other things. I was prone in middle and high school to spending my summer vacations discovering a new series of books (or two) and then devouring them all in one steady go. (I really miss being able to do that sometimes.) After 2007, I vowed to never read fewer than 15 new books per year again, and so far I’ve managed to hold to that. (To be fair, 2007 was in the middle of college, and I was pretty swamped with work, but still.)

So, the psychedelic 90s teddy bear will now be retired to a shelf, and I have a plainer (less eye-smarting) little purple notebook in which to continue these annual lists. This one has more pages than the previous one, so it will probably take me longer than 16 years to fill it up (unless I get back to reading 100+ new books every year!) Hopefully, I’ll be able to make a post about that one when I finish it too. 🙂